Based on the statistics within the Caribbean, although small islands, Antigua and Barbuda hold a strong position where income is concerned indicating a strong ability for citizens to travel. Antigua is within a two-hour flight of 70% of the Caribbean Islands’ population and is the closest Eastern Caribbean Island from the European Union States. It’s also known as the hub of the Caribbean with easy and hassle-free connections across the region.

The VCBIA offers 46 common use check-in counters and 15 self-check kiosks. It also provides the most sophisticated, fully integrated, automated high-speed Hold Baggage Handling System in the Caribbean. This includes, but is not limited to; security screening, storage, sortation, multiple redundancies and transportation of departure baggage from the check-in to departure gate. This machinery is EU standard 2 CEP approved and TSA Cargo qualified.

VCBIA is serviced by over 17 airlines, both internationally and regionally, and has a 24-hour operation.

In a recent issue, the Caribbean Journal ranked the VCBIA as the second best Airport in the Caribbean and highlighted its impressive 3 MW solar power plant. 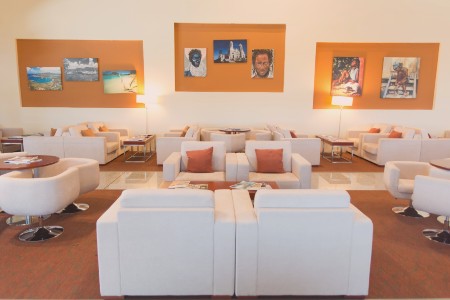